Home » Travel Tales » Malta: Why It’s Worth A Visit

I had a few nights in between Athens and Amsterdam to kill, so I starting looking up cheap flights and found MALTA.

If you have no clue where or what Malta is, I don’t blame you. It’s pretty much an unknown destination to most North American’s.

Being that I’ve never heard of anyone (personally) whose gone to Malta, it made it all the more intriguing to visit here.

It turns out it’s a set of three islands in the middle of the Mediterranean; Malta, Comino, and Gozo,  just south of Sicily and north of Africa. Malta, the biggest of the islands, is tiny, you can drive around the island in a little over an hour. But that doesn’t make it lack in things to do and see.

We stayed in St. Julian’s which is more of a resort town feel with the main street right along the bay. Little did we know before arriving that Paceville in St Julian’s is a huge nightlife spot and a big holiday destination for parts of Europe. In ways it reminded me of a spring break Cancun style vibe, with tons of bars, clubs, strip clubs, restaurants and people out and about all day and night.

We ate at Gululu since it was recommended as the best in the area for traditional Maltese food. We had to try the peppered “Gbejna” cheese; it’s a peppered small round goat cheese that is extremely popular in Malta (you can find it everywhere). Maltese dishes are a mixture of North African and Italian with a twist, including Lampuki Pie (fish pie), Rabbit stew, Kapunata (Maltese version of ratatouille), Gbejniet (broad beans and garlic), and cannolis. (Read more about Italy and Italian food here)

One of my favorite food finds in Malta was the dessert stand on the street in Paceville at night. I don’t usually start my night out on the town by downing a bunch of desserts, but I couldn’t pass this up! It was an array of cannolis, cookies, and other desserts… Yum!

We found a cool karaoke bar in Paceville owned by an American veteran and spent our night there. The world starts to feel a lot smaller when even all the way in Malta in a little bar everyone is singing along to American songs from the 80’s to present day.

The options of bars are endless; I would have never expected Malta to have such a lively nightlife.

We also tried out the Maltese Tea Room; it was so cute! The owner has decked this place out into a girl’s shabby chic dream offering amazing pastries, vegan desserts, tea, coffee and other baked goods.

Valletta is the capital of Malta and the southernmost capital of Europe. It is one of the most concentrated historical areas in the world with 320 monuments within the city. Walking the streets you see nothing but old crumbling buildings, it reminding me of the streets of Paris. It seems almost like a time capsule here, much like I would imagine Cuba to be like. Things just haven’t quite caught up.

I kept stumbling upon the cutest doorways, colored and decorated so they wouldn’t be lost admit the rest of the rundown building. Walking around on a Sunday everything was closed due to the Sabbath, making it feel like a ghost town. But it was a great way to navigate the streets and see it all fast.

We took the ferry in the Grand Harbor from Valletta to Birgu, to visit the Malta at War Museum. Birgu is a medieval fortified city right across the the bay from Valletta. It was cool to get lost in its alleyways and admire the old architecture. The Malta at War Museum is in an 18th-century army barracks which were used as a police station and air raid center during the war. Inside they have an array of WWII memorabilia including uniforms, weaponry, personal items, medals, documents, as well as interactive exhibits, old war movies, and a restored underground air-raid shelter cut out of rock (miles and miles of tunnels). I especially found the display showing food rationing for the Maltese people during WWII eye opening.

When I think of The Blue Lagoon, I think of Iceland, not Malta, and what a shame because this place is remarkable! You take the ferry from Malta and in less than 15 minutes you’ve gone around Comino Island and pull into the secluded inlet of glimmering aquamarine water over white sand surrounded by limestone cliffs and caves.

The island which is in-between Malta and Gozo is virtually uninhabited, has no cars or roads, and only has one hotel. The Blue Lagoon is very popular for day-trippers in the summer, the island offers incredible snorkeling, diving, windsurfing, hiking, birding, boating, and lounging.

We arrived mid-day in the middle of summer, while it was stunning, it was also extremely hectic. This place would be paradise if we were just a little less crowded. We were able to bargain for two lounge chairs on the rock surrounding the lagoon, get some fresh fruit from the food stands and soak up the sun. I would recommend coming while it’s still warm but in the off season; I couldn’t imagine how great it would be having this place all to myself!

The Azure Window and The Blue Hole are two natural wonders located on the island of Gozo. The Azure window is a 328ft flat-topped natural limestone arch over the water. It was created thousands of years ago when two limestone caves collapsed. The arch is eroding and is no longer safe to walk out on; they believe it will not be around for much longer.

The Blue Hole is a 262ft underwater tunnel leading to a limestone cave, ideal for scuba divers to see an array of marine life below. Even if you’re not diving into The Blue Hole people swim in the waters above and around it and sunbath on the rocks.

If you’re a huge Game of Thrones fan like myself, this is the location where they filmed Khal Drogo and Daenerys Targaryen’s wedding.

Seeing these two natural wonders in person was beyond words, it’s not like anything I’ve ever seen before. It is worth the half day trek from Valletta out here to spend some time enjoying it.

Mdina know as the Silent City, was Malta’s capital throughout ancient history. As you approach the city from a distance perched upon a plateau the stark white massive city walls surrounding Mdina catch your eye from miles away.

The entire town is walled; inside it’s a maze of narrow winding streets, palaces, and churches all covered in baroque and medieval architecture; it is an outdoor museum. There is a limited number of cars let into the city and only 300 inhabitants. The history that encompasses this city is amazing dating back thousands of years, and they have done so well to preserve it. It is truly like stepping back into time. You can take a carriage ride around the city, dine at one of the few restaurants, and take in the gorgeous views since the city looks over the rest of the island. It’s a quiet and timeless atmosphere that is sure to leave an impression.

I was a bit worried when we booked our days in Malta that it might be… a bit boring, I didn’t know what to expect after all. But Malta has it all; From massive amounts of history, outdoor adventures, natural wonders, plenty of beaches, Game of Thrones filming locations, a happening nightlife, great food and easy to navigate. I can’t believe this wasn’t on my bucket list before. It surprised me in the best possible way! What’s top of your list to see and do in Malta? 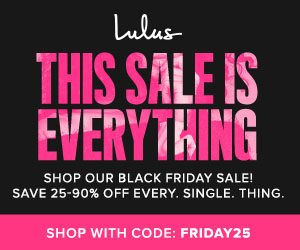